Helloo girls! First, I want to say I’m soooo sorry that I’ve been missing posts. I’ve been really busy with my senior year of school and participating in NaNoWriMo officially, striving to actually win it this year. 50k words in 30 days is such a challenge.

Oh wait, are you asking what project I’m working on? It’s not Dewdrops and Butterflies. No, this is a new one. Remember a couple weeks back I did the “Most Likely Tag”? Well I mentioned a character then that I wasn’t yet giving any information on. 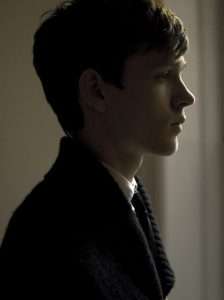 This… Is a super super special character to me (I was going to say person but that would make it sounds like I got a boyfriend 0.0). But let me back up.

In Camp Nano at the end of July I reached 85,000 words for Dewdrops and Butterflies, writing the epilogue and those two iconic words “The End.” I was done.
Of course, if you ever wrote anything, you know that writing “the end” is definitely not the end. The next step is just the dreaded word.
Editing.
Bleh, I discovered that I’m definitely not an editor by choice.

I took a break through the month of August and half of September before plunging back into my manuscript
The first round of edits went fairly well. I was able to comb through and tag the most obvious changes that need to be done to the plot and create a uniform consistency in things like names (one of my characters had two names, James in the first half, Joseph in the second. He’s staying as Joseph), seasons, and the time frame.
Then I started the second round.

It’s not awful y’all. Editing is not super super bad. It’s just… not writing. Instead of spending time doing what I loved, writing, I used that time to erase, rephrase, edit, scan, and correct hours of work. It was tedious and I came away exhausted, but not satisfied.
Because I am a writer.

I kept at it, knowing this manuscript was going to my debut. I was going to get Dewdrops and Butterflies published.
I stressed like a stressy person, all the while this little thing called a plot bunny nagging my head.
And a kid named Jake.

My first round of edits for D & B reminded me of several little side characters, and one of them was an 11 year old boy named Jake Jett. His backstory was short but sorrowful, and Rose ended up completely ditching him.
After reading that chapter during editing Jake just wouldn’t leave me alone. He sat quietly in the corner of my mind, brewing and curing.
Fast forward to October first I was at my breaking point. It was so hard to submit hours and hours of work to my manuscript and come away still wanting to give something, but feeling completely drained.

That was when I started hinting at this story. Jake’s story. Something about a boy lost in the crowd, expected to live up to his family name but left to do it on his own.
And the grown version of the same boy. Walls built up, hurting and alone, but having forgotten how to let people in.
And instilling a theme of guarding your heart and forgiveness at the same time.

Exposed to the light of day and spoken aloud, this story bloomed into something bigger than I could keep inside.
October 15th I wrote the first words to what would become my new novel.

Currently I’m at a lot of words. On the NaNoWriMo site and towards my Nano goal I am at 29,445, but going back to since I started writing it in October I’m probably closed to 45k. That’s half way.

Why then? Why haven’t I said anything yet? Well, Jake was something that stumbled across me very very quickly and everything just happened so fast. I have half a novel in one month. I’ve only just realized that I’m actually committing to it. The sequel to Dewdrops and Butterflies.

Dewdrops and Butterflies named itself. Originally it was one girl, one Man, one summer but I fixed that nonsense to something nicer, more appealing, and not so yucky. Dewdrops and Butterflies refers to something that changed Rose through the course of the book. Butterflies were her symbol of home, and they changed from a plastic gift to the true beautiful, fragile life. Dewdrops represented the clear morning opening to the possibilities of a new day, and a climatic scene in the book.

Naming this new novel required some work. First, since it was the sequel, I wanted it to be similar to Dewdrops and Butterflies both in the way it related to the novel itself and syllables (especially the syllables). Dewdrops has two syllables, and butterflies has three. With these facts in mind I played around with a couple different ideas until I came up with something that just fit for me.

It’s got the syllables and the theme, feeling/vibe that this whole story carries.

Playgrounds and Black Markers is going to be the same way that Dewdrops and Butterflies was. Three different POVs, one from the main character, one from a side character and one from the past. But instead of this being a Rose based book, it’s a Jake based book.
Before you run off crying that I ruined a series, keep reading.
Rose is still a first person POV.
I myself tend to dislike series that switch between different characters in every book. It uproots the relationship you’ve built with the character and I mean come on, who doesn’t want to know what happens to the MC in the new books? So I fought with that as it cured inside my head before I started writing.
I settled on Jake as the Main character after all, but where in Dewdrops and Butterflies Alex was the second POV still first person, Rose is taking that place in Playgrounds and Black Markers.
With this format, we are still able to hear Rose’s thoughts and see her life move forwards, but get to know Jake as the Main Character. And guys, I love him so much.

Oh dear where to even start. I guess I’ll start with Rose since you’ve known her the longest.

She’s still our spicy confident girl, black hair and curls and a scar, though slightly faded over the four years between the books, still running down her cheek. But she’s grown.
In the care of Alex and Jenni and the safety of their home she’s honestly just blossomed. Her love for Jesus has grown and woven into her life and the fear and unsettled tension that ruled her in Dewdrops and Butterflies has completely drained out of her, replaced with a calm peace.
But she’s still Rose. In Playgrounds and Black Markers she’s gotten complacent in her relationship with Jesus and an invisible wedge came between her and Angel.
Rose doesn’t guard her heart. In this book she’s been through two boyfriends and accepts a courtship with a third. Angel seems to consistently nag her to pray about it and take a step back from guys if she wasn’t ready to commit to marriage.
A side note since I’m the author: She’s a lot sweeter and easier to work with in this book. She’s matured a crazy amount for sure.

I’ve repeated his story several times in different places and every time I write it I’m afraid that I never succeed in accurately portraying his character. But here I’ll try again.
He was born when his older brothers were 17 and 11. He was unwanted by his mom but his dad, Captain Robert Jett, discouraged her from getting an abortion and raised him mostly alone while Leah pursued her career of becoming a nurse.
Rob was killed in a car accident when Jake was 9 and left the boy with a busy mom and absent brothers.
Jake was expected to carry a respectful behavior and uplift the Jett name. His oldest brother had gone to collage and graduated with a master’s degree as a doctor and his second brother as a lawyer. Leah groomed him for a major in architecture and minor in engineering, not considering that he could want something else for his future.
We meet him as a 19 year old several month from graduating his senior year and moving out to collage. 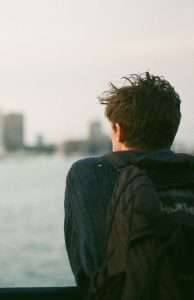 Umm.. I want to win NaNoWriMo this year. So that would bring me to about 65,000 words at the end of November. And I don’t want to stop there. While Dewdrops and Butterflies took me 10 months to complete, the aim is to finish Playgrounds and Black Markers in three months. But we’ll see about that. December can be a busy busy month.

Dewdrops and Butterflies is aimed for girls ages 13-18. It’s clean, with a depth that requires thought but encourages the right response.
Playgrounds and Black Markers is not like that. Jake and Rose are 18 and 19 and although it is definitely a clean book, it’s aimed at a higher age range and maturity. More serious subjects are discussed and actions and behavior aren’t as closely censored.

That said, everything I write is clean. Both novels are created, written for, inspired by God Himself and I seek to glorify Him in everything, so it’s not to worry.

So that’s what I’ve been doing. Writing Jake’s story. What about you? Are you doing Nano this year? How has your November been going?

4 thoughts on “A New Project”