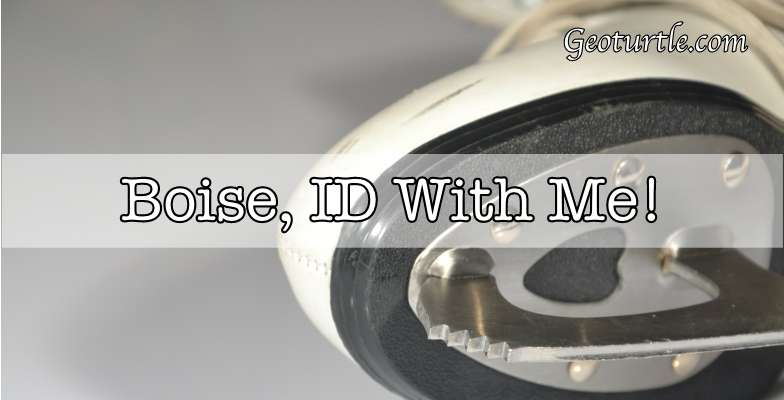 Today I’m writing about the Boise road trip me and my family just made. It was super fun and best of all, I got so inspired to finish my novel Dewdrops and Butterflies.

Let me start from the beginning. A couple months back my dad’s boss let him know that they were getting tickets to this business conference in Boise, ID, which is about a 7 hour drive from where we live. We’ve never been to Boise itself before, so decided to make a family trip of it (also, the gas and hotel was already paid for, so basically the road trip was given).

Fast forward to Friday, my family and I head get on the road at 8 am. We have to be in Boise by 6 in the evening in order for my dad to register.

We drove… and drove. We stopped and took pictures by this awesome view of Lewiston: Then we drove more and stopped for a picnic. There path was super steep and not official, mostly just worn grass and gravel. It was slippery. And there was like these two rattle sounds which I was fairly sure were snakes, so I just panicked inside and ran past and prayed God would protect the rest of my family as they passed that spot. At the bottom was this pretty, clear river. And you wouldn’t guess that this was it. So it was really amazing that a river had such white, fine sand.

Then we drove more. (I’ll spare you the boring details)
Basically, we got to the hotel. And we made it in time!

The hotel was definitely pricier then we normally get, so we were curious just to see how different it would be from our norm (Umm… I didn’t get photo of the room). It wasn’t too different, except we have to complain about 3 things. There was no refrigerator (glad we brought a cooler), no microwave (there was a restaurant downstairs but we brought some frozen foods and they had to stay frozen the whole time! 🙁 we hardly ever get frozen foods so I was looking forward to my chimichanga. Not so). And, ok, I understand the first two. It’s a fancy hotel with a restaurant downstairs. No leftovers, no picnic foods, that’s fine. But there was no extra toilet paper in the bathroom! (Please excuse my liberties) So that was that.

But, their cable was pretty good. They had our favorites, Animal Planet (we watched Vet Gone Wild), Food Network (which we dodged Guy’s Diners, Drive-ins and Dines because its funner to watch people cook than to watch them eat), and then I don’t know what channel but we watched American Ninja Warriors. My sisters and I aren’t big on sports, but ANW is our favorite. We cheer for our ninjas like there’s no tomorrow and we know their stories.

So here’s this super long and hilarious video by my newest friends (that I adore) Kate, Paul, Anna and Perry Elizabeth Willis.  They made me laugh so hard and I stayed up until after 11 at night to finish well everyone else slept. I also polluted the chat in my Camp Nano Cabin with commentary as I watched. XD (more about my book and Camp Nano in my next post!)

Saturday morning we slept in and then got up and had breakfast. About lunch time we headed out and walked around the downtown Boise. The downtown that we were in was small enough to walk around just on foot. So we did! We wanted to stop by the capitol building but there was some sort of pep rally going on. The lady with the microphone was yelling so loud that I wanted to give her a cough drop to help her poor throat.
So instead of that we walked around the flea market they were having on the streets. We had gone to the Saturday Market the weekend before in Portland, OR so we were actually all marketed out.
Eventually we met up with my mom’s friend and she took us to a place called The Village. It’s a shopping center with lots of stores and a fairly new development. There was a large water fountain with this cool book sculpture: We walked across the whole place to a large park and well my mom and her friend caught up, my sisters and I laid under a tree and chattered about Thunderbirds and then listened to my noveling playlist well I brainstormed the next couple chapters of Dewdrops and Butterflies.
Before too long we got hungry so when we found out there was a Chick-Fil-A we practically ran over there. (Not really. XD) I had a spicy chicken sandwich and more of those little white candies they give out than I care to admit…

We went back to the hotel and rested a bit..

Well we were out, my dad was at the conference and he got to see Casey Neistat. If you don’t know who that is, that’s ok. He’s a famous vlogger online that my dad watches and sometimes he’ll show us some of the videos where Casey’s language is cleaner. Anyway, it was so cool! He talked about his story of life and my dad was able to tell it to us late as we drove to my mom’s friends house for dinner. It was pretty great, but it was too bad he wasn’t giving out autographs because I would have TOTALLY stuck it in my autograph book.

After dinner well the adults talked (I don’t consider myself an adult… I don’t know why) I found the guest room and was able to spend about an hour writing for Camp Nano. It was so good!
And then they took us back to The Village to watch the water fountain. Except at night (it was about 10:50 pm) they light up the fountains like fireworks! Here’s the video I took when we went again the next day:

We didn’t go to bed until like 2 am that night.

The next morning my dad was off to the conference again, so we took our time getting out of bed and having breakfast. We watched our church’s live stream so we could get the message, it was pretty good. We left the hotel about noon and walked down to the capitol building. This time there was no rally, so we actually had the courage to go up to it. Turns out (silly me, I didn’t know) you’re actually allowed to go inside! So we did! We spent 2 hours wandering around and exploring inside that huge building. Everything was so clean and crisp and made of marble! My flip flops were sort of out of place. XD
As we walked around and traced our names in the velvet chairs, all I kept thinking was this: Also, I waved to one of the big lack round Amcrest IP cameras and said “Hi EOS.” because it reminded me of EOS from Thunderbirds Are Go: But, and now I’m scared, it swiveled around away from me really quickly. XD

After the capitol we walked across the city to Trader Joe’s and got ice cream sandwiches because it was very warm. We stopped at a splash pad for a couple of minutes, and then headed back to the hotel. This is the view from the place where my dad had his conference. We walked around down there. XD

We went to this super beautiful park and walked around there with my dad too. It was a wildlife reserve, so you had to stay on the paved path. And there was poison ivy, nettles, and some sort of other itchy poisonous plants. XD We just stayed on the path. Then we went and had dessert at the friend’s house again. Next (see? I’m varying my chronological adverbs) we went and watched the water show again, because I really wanted to, and they had a different song, which I was happy about because we didn’t have to watch the same show. So it was pretty great.

We were all so exhausted and ready to go home. The next day we got in the car before 11 in the morning (which never happens) and headed home!!

Over all, the trip was so good. I wanna say hi to Penny and Anna and Kate who were all so encouraging to get me to actually finish my book this month, even though they might not know it.

That’s all for today. Happy Independence day everyone! Thanks for reading! 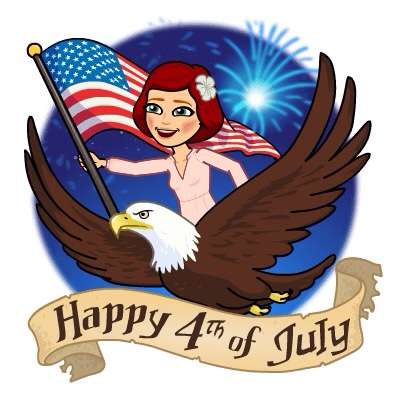