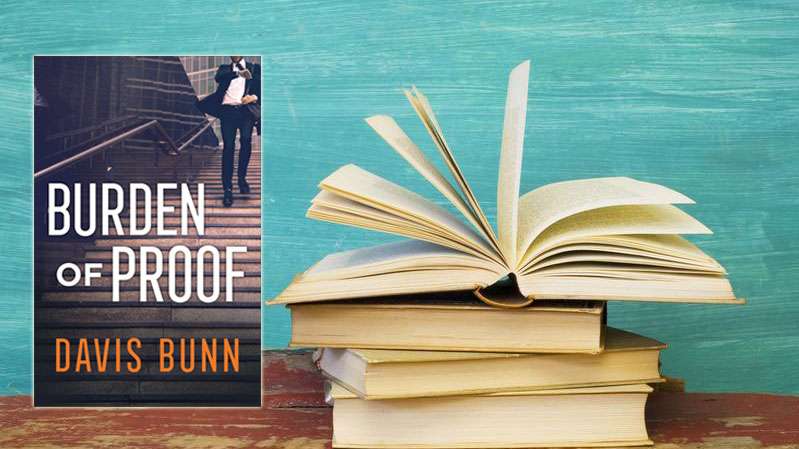 I’m gonna be completely honest. I don’t have a lot of experience reading books by Davis Bunn. But the one I did read, called Unscripted, was no fun for me. Burden of Proof was COMPLETELY different.

Oh man the person that Ethan became during the duration of this book was AMAZING. He had all the wisdom of a 55 year old man with all the hype and spirit and energy that came with being a 21 year old man. I don’t want to give any spoilers (which will be impossibly hard) but Ethan’s character had a complexity we don’t get from characters on a regular basis. It was really cool.

Gina was a sweetheart. Adrian was the best brother. And Sonya’s development with her relationship with Ethan was SUCH A GOOD part of the plot.

Ok so without spoiling anything, I say this. This is a book about one time traveler. He doesn’t travel over all time. He travels back in one. Once. And it’s not confusing. It’s not overly complex. It’s so beautifully done. And the best part?

The author gave him FULL control of doing his life over with all the wisdom of his years. Davis ALLOWED Ethan to remember things, and change the course of his own history because of them. It felt like peaking into a secret tunnel of another scope of time.

It was so well paced and executed. The foreshadowing was really good, and the moods were awesome.

With the surfing metaphors around every corner, and Ethans eminent death, I had such a blast.

There was NO romantic aspects of the plot. Gina was Ethans wife in his first go at life. And he goes back to a time when they’re still dating. But there is no romantic aspects to that relationship. That’s one of the reasons I like guy authors 😂

There wasn’t really any content because the book was written in a distant sort of reflective manner (in only the good way). Some scenes had a character get shot. There are no sensual kisses (a couple cheek kisses I think). The thoughtful aspect of Burden of Proof was amazing. Without being boring and tedious. I loved that Ethan got to do over his life.

The ending was satisfying to me personally, but some people disagree. XD

I gave this book 5 stars. It was something I really enjoyed. And I will be giving Davis another try. He redeemed himself after Unscripted. Granted I did procrastinate until the last day before reading it, but once I started it DID NOT become at ALL what I was expecting. And that was awesome.

This book is good for girls 14 and older! It’s super thoughtful and reflective, so it may be better for those older for enjoyment. But super good.

Thank you Revell Books and Davis Bunn for sending me a copy of Burden of Proof. A positive review was not required and all opinions are my own!