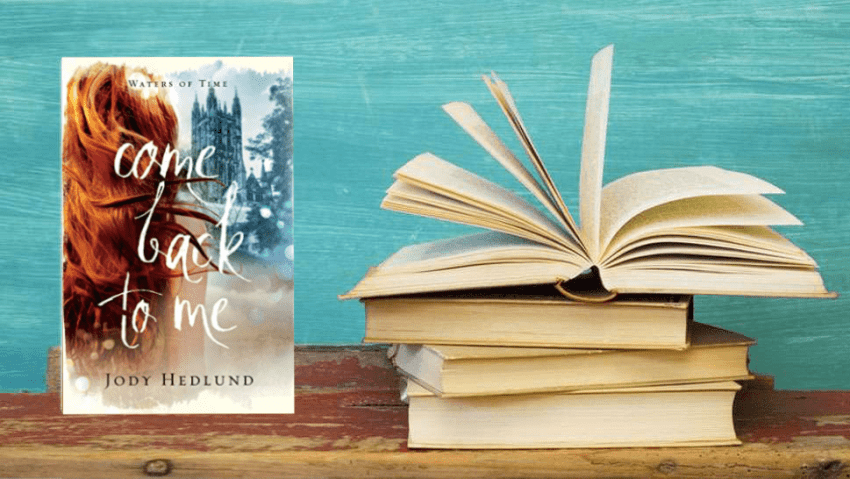 Come Back To Me had a vibe I haven’t read in a loooong time. It was something like a mix between historical fiction, sci-fi, and romance. Woven beautifully. But I have more to say…

First off, can I just say that cover is gorgeous? I loved it so much! The VIBE. Everything about this book was a vibe, but not a cliché modern vibe. There was just something about all of it.

Marian was relatable. I liked her drive and her strength. I appreciated her determination. It did feel like everything changed very fast over the course of the book but that is possibly because I sat down and read the whole thing in one day over two sittings (one has to get up and have dinner and go to church etc.) Her character development was really beautiful, and I loved seeing her torn, but also seeing her wrestle with herself. The beginning felt like it was really setting a stage rather than helping us get to know (telling us who she was rather than showing us) Marian before the story started and we dove into everything that happened. This was not a negative at all. Just something I think of now as I write this review.

Will. What to say about will. He was gorgeous. He was everything you could want in a medieval knight. Big muscles, blue eyes, long black hair, a broken soul and an utter devotion to those he loves. Can you ask for more? I didn’t have anything bad to say about him. He was entertaining. He had a depth to him, which I appreciated. But he also had an extreme shallowness to him that the author worked out over the course of the plot, and I didn’t like that all that much. (The shallowness, not the plot.)

The plot for Come Back to Me was really entertaining. It grabbed me from the very beginning and drew me in with the attention to detail, the theory of the Tree of Life and its power. With Ellen’s illness as a motive and Marian’s drive that made up who she was, it felt very well written. The detail and the way the author captured everything about making the year real was so amazing. It didn’t feel fake or newbie in the way it was written. Marian reacted to the inconveniences of the medieval world exactly as I would expect her to, and it was really quite funny to watch. I laughed in more places than the author probably intended for me to laugh. XD

The time travel theory that the author used was so cooool. I loved the way it happened, the power, the confusion and side effects, and the way that it was an overlap rather than a full body transfer. So cool!

The plot with Will and the peasants was pretty cool too. I enjoyed seeing and smelling and experiencing all the hardships and getting to witness first hand this whole era from a different POV than I’m used to. All in all, well done! And the ending was so tidy. But still I need the next book as soon as possible. XD

Ok. This is an adult book. This is the only reason the book is four stars vs five stars. There was a lot of heat. Even as the romance was clean, and technically Marian and Will were married, there were quite a few scenes where their passion for each other was evident and not tamed to a children’s book level. Which is fine. But it felt very, very fast and like a very physical attraction. Which is fine. I appreciate how the author worked through it to give their relationship depth before they admitted that they had indeed fallen in love with each other.
Even as Will and Marian were married so early in the story, Marian insisted they restrain from “consummating” their marriage. So nothing happened. But there were quite a few kisses and not sweet pecks on the cheek type of kisses. The chemistry between the two of them was magnetic and undeniable. So their restrain was something to admire, even as I think the story would have been just fine WITHOUT it. That’s a personal opinion of course. So take it with a grain of salt and make your own judgment!

The graphic/violent aspect was there. Will was a knight, so he was a warrior and a solder. There were graphic descriptions of the death of different people, at one point Will drives his sword into a peasants foot after he kicks Marian. There’s a beating, description of death, many wounds, etc. The book isn’t gory but still worth using caution if you’re disturbed by blood or violence.

Language was mostly clean. “Saint’s bl**d” was used twice. I am not Catholic and therefore this only bothered me because #1 it was supposed to be an abusive word and #2 is this being compared to the Blood of Christ?!

Come Back to Me was a book I will be coming back to for future rereads. Will won’t be on my book boyfriend list, but I appreciated the vibe, the setting and the execution of the plot!

“Remember, the Almighty Father says, ‘There is a time for everything, a time to be born and a time to die, a time to plant and a time to uproot.’ You must do all you can to plant and sow and help the seeds grow. But you cannot blame yourself when God ordains that the harvest be reaped.”
~
“Do not hold yourself accountable for something only God can control.”

~ Sister Christina – Come Back to Me

Thank you to Revell and the author for a free copy of this book! A positive review was not required and all opinions are my own! If you want to read more reviews by me you can go here!