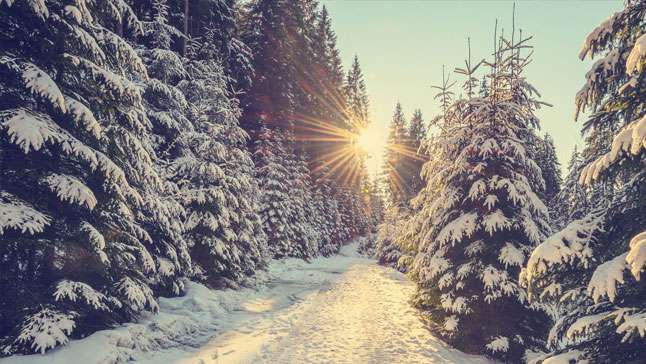 Good good day my girls! I wanted to say hello and finally sit down and write the update I mentioned at the beginning of January. It’s been a month, I know, but at least I sat down to do it. Yes, I quit my job.

The question is why. I know I was asking the same thing earlier, but if I were to make a long story short, I could say this: I was not willing to spend the next five or six years of my life as a part time outfitter in customer service. And to spare you additional stories, I’ll just add that the chance to grow was turned down because I would not give them 100% availability. I was not willing to give up my required days off just to get more time at work. That was not the point.

Anyway! I prayed and had this churning nervousness in my gut, and the day that I got the news that they were not allowing me to move up, I called my mom on lunch and told her. And she told me simply, it may be time to move on.

That idea was so scary, but I was in the heat of the moment and I was so so tired. I was not content where I was and I had a lot to say about why (again I’m sparing you the details, trust me. I already deleted at least 500 words to start over XD)

So I decided that I needed to pray about it and sleep on it. If you had asked me two months earlier I would have said you’re crazy. But I had a feeling in early December that I wasn’t going to be there very long after January, even though it felt so far into the future. Well, fast forward to that day, I went home determined to calm down, get over whatever had come over me, and get back to work as normal.

But the notion had entered my head, and coming into work the next day, I knew I wouldn’t be able to put it past myself anymore. So after calling my mom again, I pulled my lead aside and told her. I would like to put my two weeks notice in.

And here I am, a week into no longer having a job. And I’m so HAPPY.

I was reading A Cowboy for Keeps (You can read the review for that book here), and Wyatt said something that got me thinking. I don’t recall exactly what he said, but it was something along the lines of this.

Personally, I’m not a huge fan of change. I hate change, in fact. But the idea of quitting my job gave me the boldness to do it, and even though I haven’t had my stomach calm down just yet, because I don’t know where I’m going next for work, I’m so much happier than I had been towards the end there at Cabela’s.

I miss my coworkers for sure. But I do not miss the situation in which I worked. I’m excited for a chance to heal from the amount of foul language I was exposed to, excited to not have to wear a mask 9 hours a day. I’m excited to be able to spend my energy on other things, like attending church, loving my sisters, singing songs, reading books because I want to, and not because I have a deadline, and doing the last round of editing for Playgrounds and Black Markers!

You read that right. Playgrounds and Black Markers is in it’s LAST ROUND OF EDITING! After that, all I have is formatting and publishing.

Can you believe y’all have been with me through the process of TWO BOOKS?

I think this post is long enough now, so I’m going to bring up the main point one more time.

What in life are you hanging onto, not because it makes you happy, or it’s growing you, but simply because you’re too scared of change? Let go, maybe God has something greater to give you.

Let’s chat in the comments! I really appreciate prayers about where to go next. There is an opportunity that has come up, but I’m not ready to share it just yet. We have to see what God does!

3 thoughts on “I Quit My Job – A Post About Change”