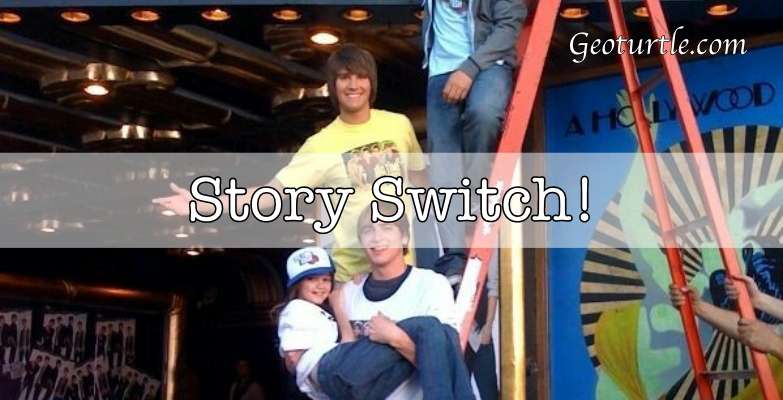 This journey begins June 28th of this year. I had stumbled across a Camp Nano cabin with a few empty spots available on Goodreads. With a quick check of my April Cabin, I decided to jump into this one. I asked Hannah if she’s would save two slots for the girls from my previous cabin, but I never got a reply from them, and two other requests were made.

I can’t express more passionately how glad I am that I let those slots go and Hannah filled them with other writers. Because that’s how I met Anna Willis and Penny Wood.

Those first couple days before camp were INSANE in our cabin. We had pillow fights and word wars and chatted like squirrels and pretty much spammed every other cabin member with our random conversations.

This was because I had found Kindred Souls in Anna and Penny.

Anna was the quieter one, but she held this strength of hilarity. And Penny just went all out. On just the second day she insulted my food choices, my Oreo preferences, and rejected me from her and Anna’s sister group.

I couldn’t love her more. Those memories feel like they were just yestarday but this girl, Penny, is one of the most amazing people ever. It’s only been almost two months, but I feel like I’ve known her all my life. She’s so funny, outspoken, but she’s the kindest thing ever, she has the sweetest words, the most fangirling comments on my stories, so encouraging in my work and best of all she’s an amazing friend.

Honestly, I thank God all the time that I had taken that slot in that cabin on a whim, instead of creating my own. Because without it I wouldn’t never have developed the kind of relationship that I have with this girl.

Penny changed my life and she’s like a sister to me. I couldn’t EVER ask for a better friend. She’s everything I ever wanted in a friend that’s not my blood. She loves me unconditionally, and she knows I love her. And that’s just one of the best things ever.

Last week Anna and Kate Willis had this super fun thing on their blogs. They had picked a writing prompt and both written a story based off it, but they turned out to be two completely different stories. Of course, I can’t give Anna and Kate all the credit. Penny and I had already discussed doing something along these lines, but I’m on such a long back log of posts for this blog that we didn’t set a date.

Until Anna and Kate did it! And then we knew we had to. So we did. This is a nod to the sisters for beating us to it, because we acknowledge that you did it first. Thank you for working out the quirks and setting it all up and making it so easy for Penny and I to follow in your footsteps. X”D

Now… here is the photo prompt we picked. Actually, Penny found it. I just liked it enough to agree. You see, I’m sort of drowning in this fantasy/dystopia at this moment that I’m writing from a writing prompt, so there wasn’t much functional brain to try and find more prompts for us to pick from. XD. And here is Penny’s wonderful heart warming and wrenching little story. I hope you enjoy and be sure to give her some love! Let us know what you thought of this story switch and each of the stories and if you think we should do this again! The link to Penny’s blog with my story is below. Without further ado…. please enjoy Opening Night by Penny Wood!

Opening night.
And we were sold out.
Wow.
I couldn’t believe it was finally here.
Months of planning, weekends spent cleaning, allowance and work paychecks, permits and legal issues, and finally, it was here.
Opening night.
I’d written the play myself – well, Emma helped too. That’s why she insisted on having her name on the play script as an author.

She really deserved credit for writing it too, even if it was weird to have my little sister’s name on my play script.
I had to hand it to the guys; they had never gave up on the play either. Even Lawrence, who wasn’t really into acting and that kind of thing (he said it was frivolous), helped out to get the old theater into shape.
James was great at talking; that’s how he convinced the city council to keep the theater as a landmark. Which it was – it had only been there for a hundred years. But that theater meant a lot more to me, and to my dad.
Brett loved acting almost as much as I did. He could hardly wait for tonight.
“I can’t believe we’re actually producing our own play,” he said to me as we gazed up at the old theater.
“It was a miracle how everything worked out,” James said.
Lawrence frowned. “You worked hard and got the expected result. Nothing miraculous about that.”
“Maybe not,” Emma said. “But I believe in miracles.”
I put my arm around Emma and hugged her tight.
The car behind us screeched to a stop and my mom bustled out. “My goodness gracious! It’s opening night and here you kids are just standing around staring at the old place like it’s going to do the work for you.”
I couldn’t help but laugh. But Mom was right. We had so much to do.
I had to make sure the entire cast had all their lines smoothed out, props in place, and make sure that old lighting system wouldn’t explode again. (Long story, don’t ask.)
“We totally forgot!” cried James. “We have to put the sign on the marquee!”
I stopped to look at him. “You’re right! Come on, we need to do that. It’s only an hour until showtime.”
Lawrence held the ladder still while Brett tacked the letters onto the marquee.
Big and bold, they screamed for out for Main Street to see.

I just had to take a minute and smile at it. This place was a part of me. And this play was, too.
I just wished Dad could have been here to see it. He would have demanded for a front row seat. And then after the show, he would’ve slapped me on the back and said, “I’m proud of ya, Mike.”
I felt a little ache when I realized that wouldn’t happen tonight.
I felt Emma’s hand slip inside of mine. She’s only nine, but she always knows what I’m thinking.
“He still watching, y’know,” she said. “Maybe not here. But definitely up there.”
“I just still wish he was here,” I said.
“He is,” Emma said. “He’s here,” she touched her finger to my chest, “and here too.” She tapped her heart.
I smiled at my little sister. “Love ya, Em.”
She leaned her head against my side. “Love you too, Mike.”
“Hey! Let’s get a picture!” cried Brett, standing on the ladder. “We gotta remember this opening night.”
Mom got out her phone to take a picture. I ran over to the ladder and started to smile. But then I realized. Someone special wasn’t in the photo.
I ran back, swooped up Emma, and carried her to the ladder.
“Everyone smile!” my Mom called.
Click!
A snapshot of opening night.
With all the people who helped me carry a legacy.
Dad’s legacy.
And mine too.

The End folks! What did you think? I totally adored it. Penny’s got a way of taking your heart and turning it to mush. At least, my heart. XD.

Here’s link to check out my story on Penny’s blog. Don’t forget to comment below and let us know what you thought! Thanks for reading wonderful humans. I do appriciate your time.