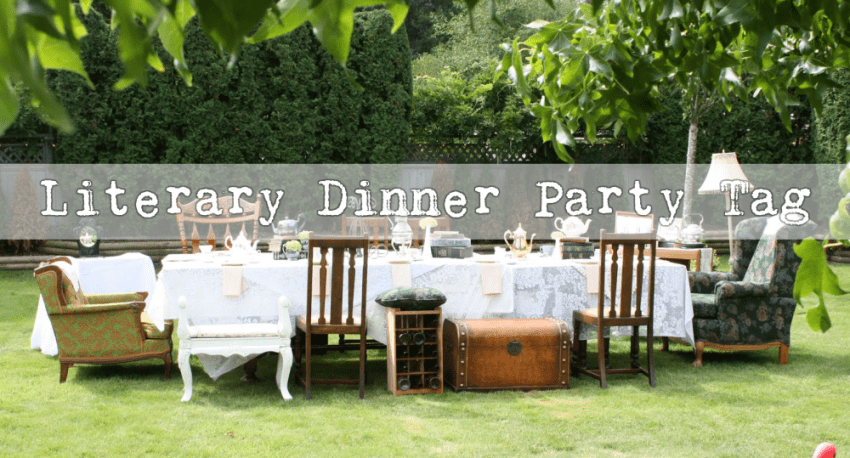 HI! I’m so excited to be doing this tag! Although I wasn’t tagged by name, Faith from Stories by Firefly said that if you wore socks well reading the post (at the end of the post she said this!) that automatically tagged you.
So blah blah blah, let’s get on with it.

1. A character who can/likes to cook.
I pick the girls from Pies and Prejudice because they are all so much fun and they cater! What’s better than pies and cakes and a little bit of fun? 2. A character who has the money to fund this party.
I pick Pip from Great Expectations because he’s someone I’d like to get to know better. I don’t know, just something about him is a mystery. 3 . A character that might cause a scene.
I pick Thomas Hunter from The Circle Series because he’s got a skill. Who knows what’s gonna happen when he’s around… 4. A character who is amusing.
Lol, I pick Alice from At Her Fingertips by Kellyn Roth. She’s so set on life and yet just throws it out the window and… Not gonna give away spoilers. XD The book is not yet published, I was a beta reader, but there are two other books in the trilogy, so here is the covers of the other two. Aren’t they so pretty?! 5. A character who is super popular.
CHAD BEACON!!!! From Starring Me. Yes yes yes. 6. One villain.
Ah… now this is a hard one…
Well see, I don’t read very many books with villans so… *cough* I’m gonna go with Erich just like Faith did. 😀 This one is from A Question of Honor which if y’all haven’t read yet you need to. (I’m talking to you Gray) 7. One couple-doesn’t have to be romantic.
Ok, come one. Who’s gonna go with a couple that’s not romantic? Anyway, I pick Bray and Summer from Summer by Summer. 8. One hero.
*sigh* Hero’s are the best. I pick Katherine Holliday from Reintegration even though she may not be exactly the hero, she still saved Matthew’s life… or did she? Lol, read the book. It’s really good. 10. One character of your own choosing.
Yay! I pick Dena from Breathing Room. *sobs* This is such a sad story and yet I like it so much. 11. Tag 2 Blogs that you really appreciate.
I tag Kellyn Roth from Reveries and Gray Marie from Writing is Life.

So that was that! I had so much fun! The Villan one and the under-appreciated characters took a bit of thought *cough* but over all I’m happy with my party. 😀